Help, I’m crawling out of my skin! Why insects and other invertebrates moult

One of the strangest things about living life as a minibeast (apart from having all those legs) would have to be the sudden urge to shed your skin. If you’re a keen observer of our spineless neighbours, you may have seen them quite literally crawl out of their skin – but why? Let’s have a look at the bizarre process called ecdysis and why we humans don’t have to hang from the ceiling to get taller. 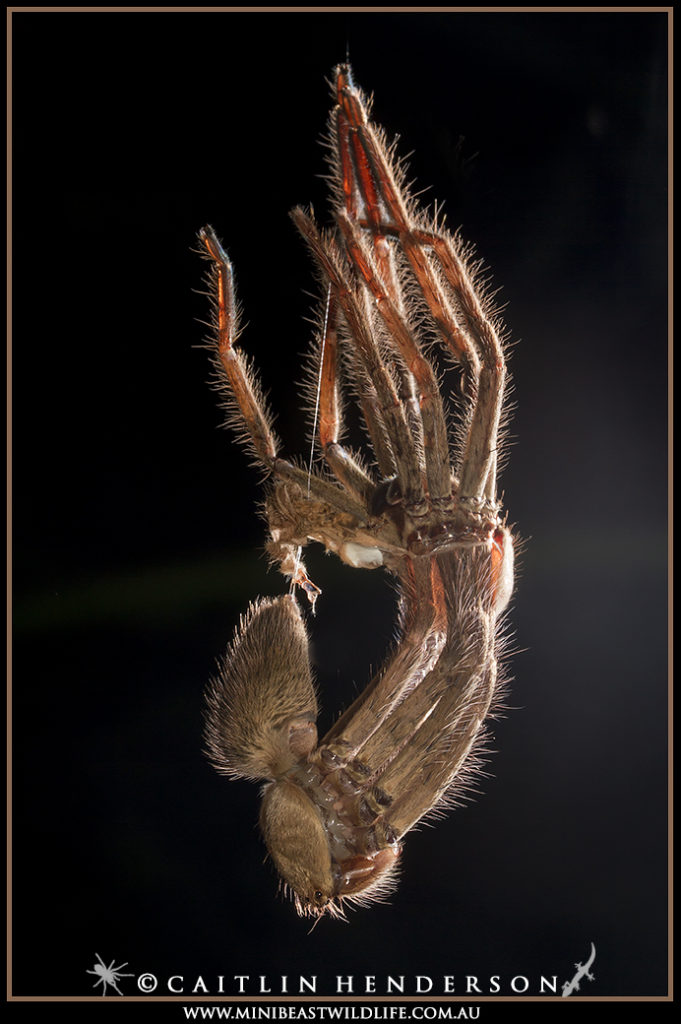 A Fireback Huntsman (Beregama cordata) hanging from a silk line during the moulting process.

Invertebrates with an exoskeleton face an interesting challenge: how do you grow if the outside of your body refuses to grow with you? The solution: throw it out and get a new one. Like a tough pair of overalls (but far more attached), the exoskeleton isn’t expected to last for the lifetime of the minibeast. It’s something to be worn until it’s time for an upgrade and then either disposed of, or, quite often, consumed.

Arthropods – the group of minibeasts including insects, arachnids and crustaceans among others – all have a tough exoskeleton made of chitin. Chitin is composed of chains of a sugar similar to glucose, though I’m not suggesting you use exoskeletons in your baking (er, then again … ). The process of “shedding” this exoskeleton is properly termed ecdysis, but it’s more commonly referred to as “moulting”, and the discarded exuviae are known as “moults”. 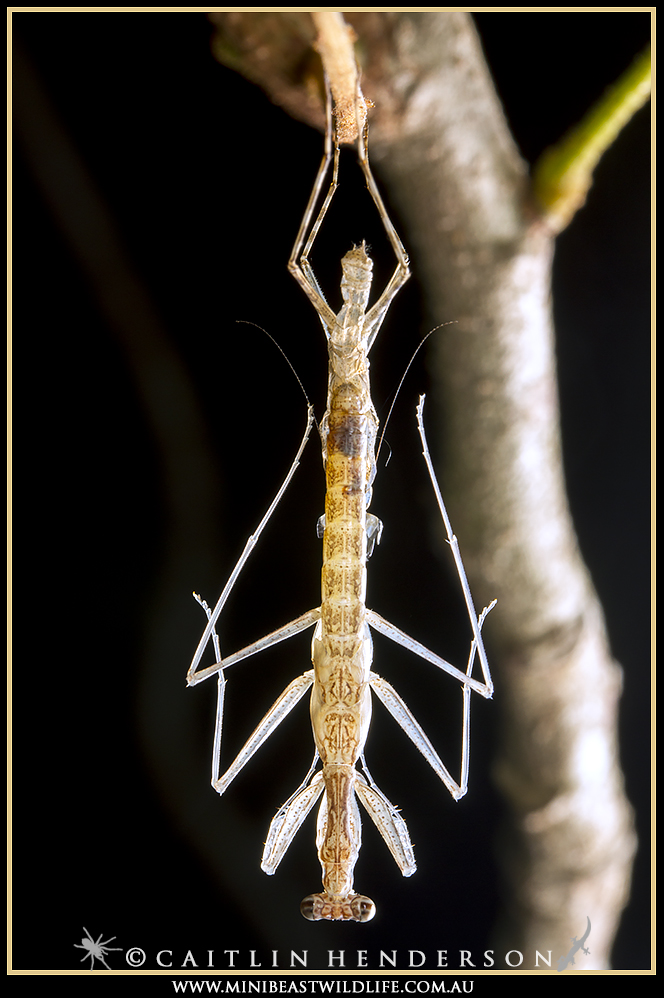 A Tree-running Mantis (Ciulfina sp.) hanging from a twig during the process of moulting.

The moulting process is quite dramatic in comparison to how humans grow. During moulting, the layer holding the outside of the exoskeleton (cuticle) to the minibeast’s body is dissolved and whole new cuticle is formed. Then, the minibeast has to burst through and wiggle its way out of its old skin while this new exoskeleton is still soft and malleable. Finally, now one size larger, the minibeast has to wait for the new cuticle to harden and dry before it can go about its usual business. The whole process puts the animal in a very vulnerable position and many things can go wrong, from being discovered by a predator to getting stuck in the old skin.

Normally, this process is performed hanging in mid-air from a branch or silk line, or tucked away in secret in an underground burrow. Invertebrates who are out in the open usually moult fairly rapidly and may take less than half an hour to get moving again, whereas a tarantula safe in her burrow could take more than 24 hours to finish changing her clothes. Afterwards, some minibeasts leave their moults behind, and some eat them to recover the tasty building materials. 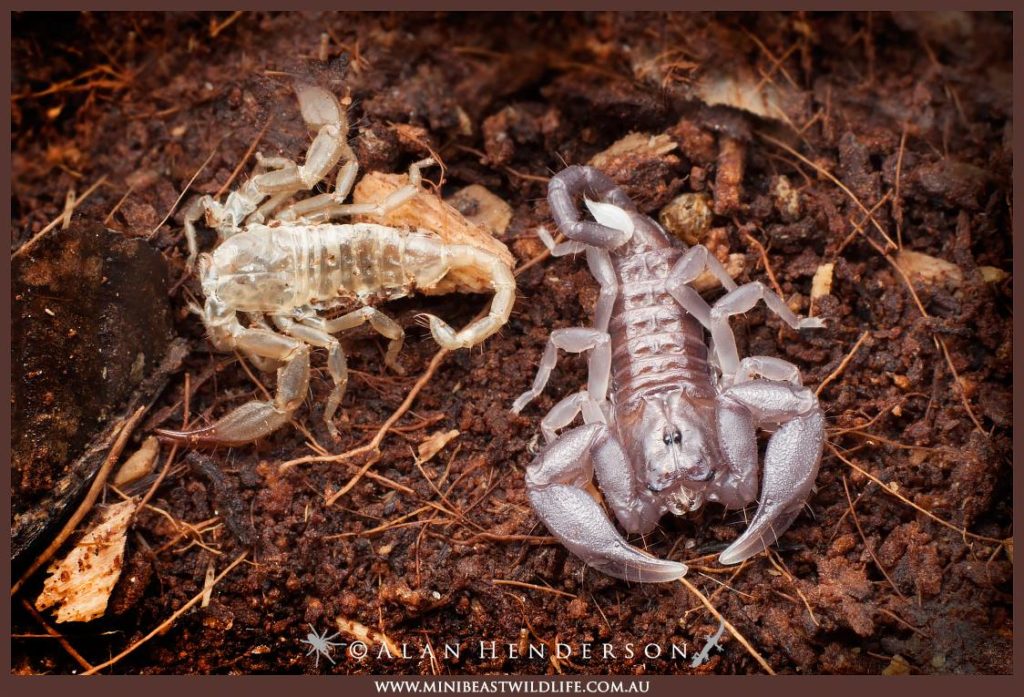 A young Rainforest Scorpion (Hormurus waigiensis) just after moulting. At this point the scorpion is still pale and soft.

Moulting might sound dangerous and uncomfortable, but it has its upsides. For instance, minibeasts are able to regrow parts of or entire new limbs if they happen to have lost one, which is a great party trick. The downside of this is that the new limb may take a few moults to properly form, leaving the minibeast with an embarrassing stump or mini-leg until the next moult. If they’ve reached adulthood and finished moulting, tough luck – they’re stuck with that stump for the rest of their lives!