The Tiger Huntsman is one of Australia’s most spectacular spiders. We first collected this species in 2006 and at that stage there were no official records of this species. 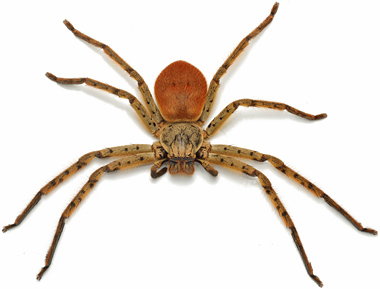 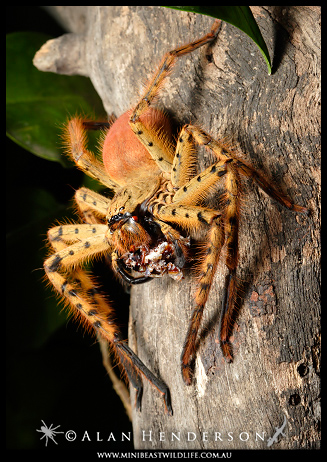 The original female Tiger Huntsman that we found in 2006

In December 2006 while on a field trip in north Queensland for Melbourne Museum we discovered an amazing spider, the likes of which we had never seen before.

We knew immediately that this was something special, and it was no surprise to find on our return to the Museum that it was a new species to science.

The initial female specimen was gravid and at Melbourne Museum we managed to raise and even breed from her offspring. Specimens have been submitted to Australia’s huntsman taxonomists, and the species awaits classification.

Their initial work suggested that it may belong to the Typostola genus, however, molecular work on Tiger Huntsman we have sent to the US suggests that they may be best placed in a new genus.

Since moving to north Queensland in 2010 we have found eight more Tiger Huntsman specimens, and now have a stable captive breeding group of this remarkable species.

Whether or not this species is rare in the wild is hard to tell. They are certainly hard to find and rarely encountered compared to the other Sparassid species throughout the wet tropics of north Queensland. 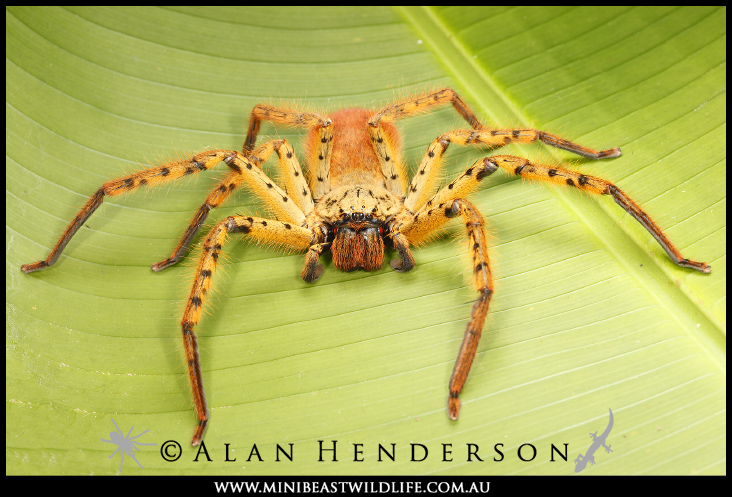 These spiders are large agile hunters, and jump confidently from leaf to leaf. It may be that they spend most of their time in the rainforest canopy which is why they are not often encountered.

Like most other large huntsman they are opportunistic predators, feeding upon small animals that they rapidly overpower. Invertebrates would comprise the majority of their prey, however they would most likely capture small vertebrates such as tree frogs and geckos in the wild.

Females produce a white disc-shaped egg sac about the size of a 50 cent piece. They create a nest chamber from silk and leaves while incubating their eggs. Eggs take around a month to hatch and the spiderlings remain with their mother in the nest chamber a week or more before dispersing. In the wild few offspring would survive, so in captivity this is where the intensive work begins. We have been keeping and breeding Tiger Huntsman since 2007 and have learnt a great deal about the husbandry of these intriguing spiders.

A pair of Tiger Huntsman mating. Only the female has the tiger-like colouration. The male is brown with pinkish hairs covering his legs and body. 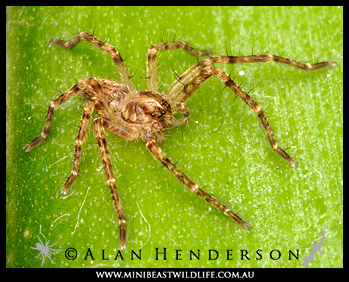 A Tiger Huntsman spiderling, recently emerged from the egg sac. The colour intensity of the females appears as they mature.