Love them or hate them, spiders are everywhere and they are extremely important predators that control the world’s insect populations. There are over 30,000 species of spiders on earth, with over 3,000 species living in Australia alone. 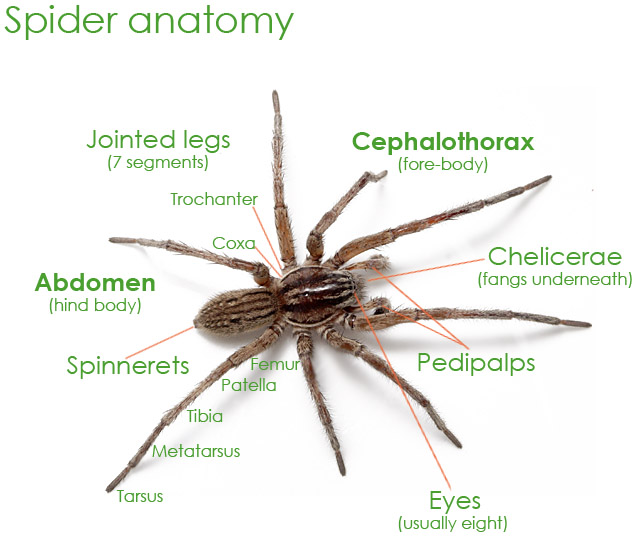 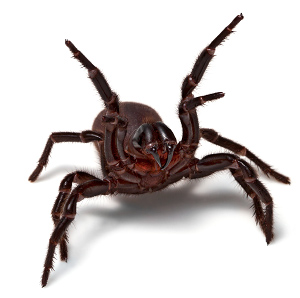 Mygalomorph spiders like this Sydney Funnelweb have fangs that strike downwards. They also have 2 pairs of primitive lungs called book lungs. Their breathing system is not as efficient as Araneomorph spiders, and they are generally less active as a result. Most primitive spiders live in moist places such as burrows in the ground, and usually only venture out at night. This group also includes trapdoor spiders and tarantulas. 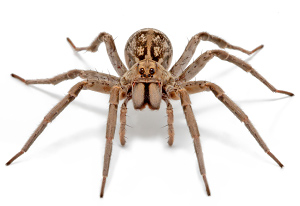 Araneomorph spiders like this wolf spider are generally more active than their primitive cousins. They have one pair of book lungs and a more efficient breathing system; a spiracle. These spiders have fangs that oppose each other like pincers. They occupy a greater variety of habitats than Mygalomorphs – including our homes.

This is a very diverse group of spiders and also includes huntsmen, orb-weavers, jumping spiders, water spiders, white-tailed spiders and the Redback.