Beetles are one of nature’s greatest success stories. They first evolved almost 300 million years ago, even before the appearance of the dinosaurs. They watched the dinosaurs come and go, and in the mean time evolved and conquered the earth in a myriad of forms, shapes and sizes. Today there are more than 350,000 species of beetles on Earth, and their success is largely due to their extremely adaptable body structure.

Beetles, like other insects, have 3 body parts, and three pairs of legs all attached to 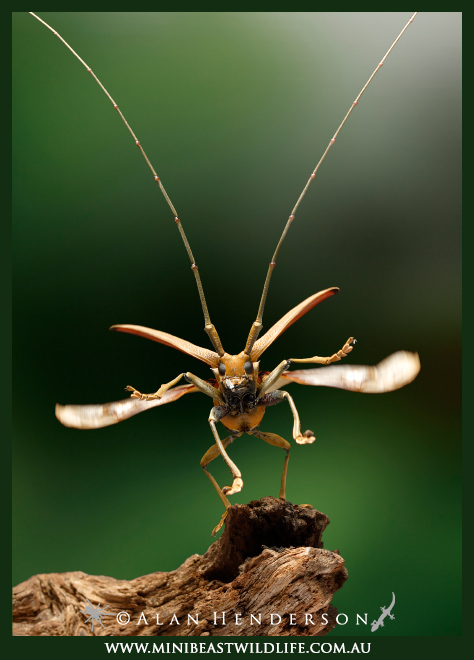 the middle body segment (the thorax). Antennae are attached to their heads, and they have two eyes (made up of many lenses) which are known as compound eyes. They have wings like many other insects, but the way in which their wings are kept is very different.

When the insects first took the skies millions of years ago, one of the biggest risks they faced was damage to their delicate wings. Insects such as butterflies, moths and dragonflies face this issue, and slight damage to their wings often results in the loss of their ability to fly – which in turn may result in death due to predation. Beetles overcame this problem through the evolutionary modification of their fore-wings into hard protective covers called elytra. The elytra protect their delicate hind wings when not in use, significantly decreasing the risk of wing damage. This meant that beetles could move into all sorts of habitats and were not restricted to life styles that revolved around protecting their wings.

One of the obvious habitats that insects with exposed wings could not exploit is under ground. This is one area where beetles are plentiful. Thousands of species live on or under the ground, and many have become expert burrowers. Dung beetles are one group totally at home digging under ground. In fact, burrowing into animal droppings would not be at all possible had they not evolved with their wings protected. But when these dung-loving insects need to travel, their elytra open up and their wings are perfectly functional.

Other beetles took to life within the trees, some even boring into the hard wood to lay their
eggs. Longicorn beetles have strong jaws for chewing through wood and long antennae which hinge back out of the way when they move through the tunnels. Some Longicorns are very large – among the largest beetles in Australia; yet with an armoured body over 70mm long they can still fly.

Weevils are the largest beetle group in the world. There are around 60,000 species known worldwide, with more yet to be discovered. They are well known for their long ‘nose’, called a rostrum, and are a very diverse group of beetles with species living in the deserts, rainforests, and some even living in the cold alpine country. Our smallest Australian weevil is 1mm long while the largest is 60mm.

The jewel beetles are one of the most spectacular of the beetle groups, many species  have an iridescent metallic sheen covering their bodies. They feed on nectar and play important roles in pollinating native plants as they move from flower to flower to feed.

Beetles are survivors; success stories that have been through hundreds of millions of years of evolution which has fine tuned them into perfectly adapted animals. The sheer number of these insects on earth makes them an extremely important animal group, critical in maintaining the natural balance of living things.