A guide to buying your first (Australian) tarantula – Part Two: Types of tarantulas

Welcome back to our four part series on getting your first pet tarantula. Make sure you catch up on last week’s post on permits and regulations if you haven’t already, because this week we’re picking up where we left off and diving straight into the world of tarantula names and varieties. Strap yourselves in, it’s about to get hairy. 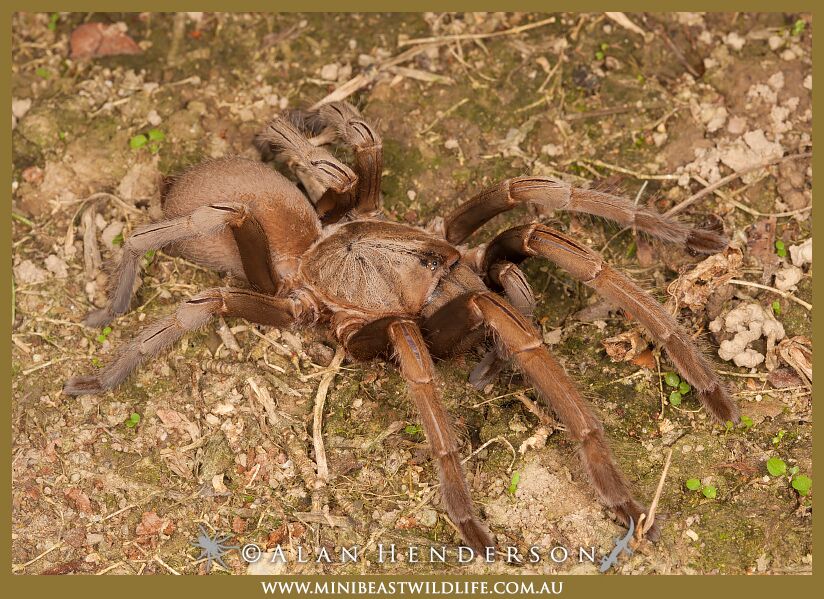 This is exactly the kind of hairy it’s about to get.

So you’ve made the decision to get your first tarantula – but which one? At this point, you’ll find out very quickly that Australian tarantula “species” are a swamp of bizarre names and numbers, of which no official or complete list exists (we’ll get to why). To break it down, there are probably around eight* different groups (genera) of tarantulas in Australia, with four most commonly kept as pets. There’s no “best” tarantula to keep, but they do all have differences in appearance, behaviour and growth rate which you will need to be aware of before purchasing.

These are the big boys of the Australian scene, including the largest Australian species. They are widespread in the wild and go by common names such as Whistling Spiders, Bird-Eating Spiders (an exaggeration), and Barking Spiders. The barking/whistling refers a noise the tarantula can make by rubbing its mouthparts when it feels threatened, and other tarantula groups also make this noise. 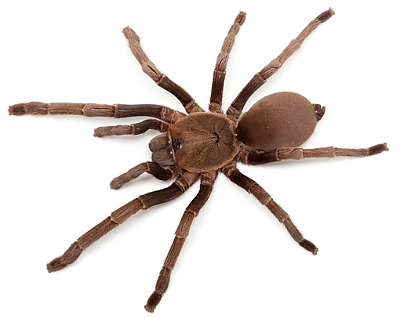 You may also see these spiders referred to as “Selenocosmia” species. While this is currently their correct scientific name, it is well understood that they will eventually be formally changed to Phlogius. Spiders in this group live in burrows, but are opportunistic and will use spaces under logs and rocks in the wild to make their homes. In captivity they are quite happy to shelter beneath any secure object.

Selenotypus plumipes, known as the Featherleg Tarantula for the long hairs on its back legs. They are from the dryer inland regions of Australia and in the wild live in burrows that protect them from extremes of temperature and dehydration. 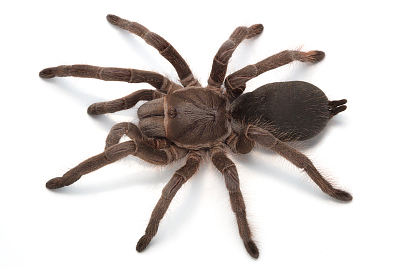 In captivity they will excavate a burrow into the substrate and may not be visible for long periods of time, depending on how you set up the enclosure. These tarantulas grow much more slowly than the Phlogius species. 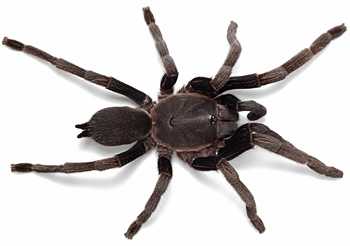 Known as the Brush Tarantula, this is a stunning rainforest species from North Queensland that lines its burrow or retreat with massive amounts of silk, which can look great in captivity but also make the spider hard to see. Like Phlogius, they will often use existing spaces for their homes, and prefer humid conditions.

What’s in a name?

Since there are only a few tarantulas that have been described by scientists, most of the “species” names you see after the genus are essentially unofficial nicknames. Tarantula keepers use these nicknames to keep track of regions where certain tarantulas were found, or certain colours or characteristics they display. However, they don’t mean that one tarantula is a different species to another.

This means that it’s possible for anyone to invent a name as a marketing tactic. Many of these tarantulas may turn out to be the same species under different names, so be cautious of falling for any sales tricks. At the end of the day, the genus (if known) and the geographic region of the original breeding tarantulas is the most useful thing to know. Everything else at this stage is just guesswork.

In addition to seeing increasingly strange words added onto the ends of genera (Selenotypus platinum banana strawberry shortcake anyone?), you’re also likely to come across a bit of tarantula hobby jargon or scientific terminology. You don’t need to use these words, but it’s helpful to know what they mean. 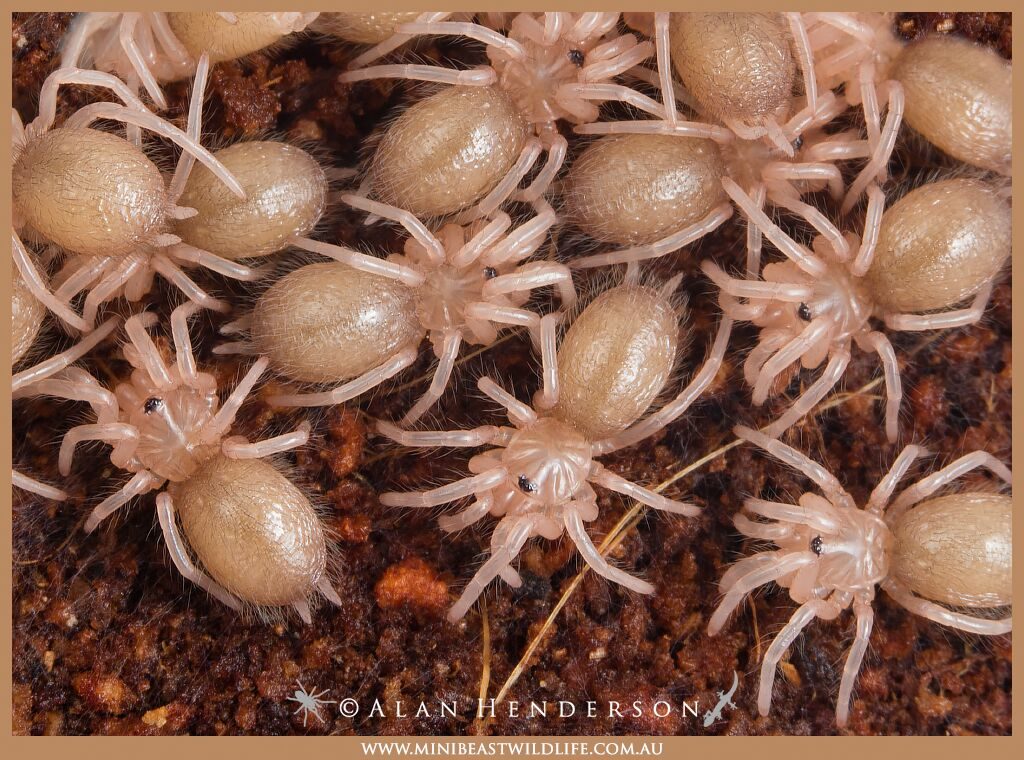 Enough jargon for one day? We’ll be back next week with tips on how to choose your new tarantula buddy and what to watch out for. Once again, don’t forget to check out last week’s column on the legal side of things, and if you’ve got a burning question you’d love to see us address in the blog, you can email me at caitlin@minibeastwildlife.com.au.