Who doesn’t love a stick with legs – especially one this stunning? The Darwin Stick Insect (Eurycnema osiris) is one of Australia’s most spectacular stick insect species. As a group, stick insects are known for their amazing ability to camouflage on their food and become almost invisible when they’re not moving. This is where their other name – phasmids – comes from, derived from the Ancient Greek word for phantom.

Adult female Darwin Stick Insects can grow to a body length of over 25cm, excluding the long front legs which are often held directly forward from the body (doing their best stick impression). Like their close relative, the Goliath Stick Insect (Eurycnema goliath), the body is dull brown until the final moult, where the insect bursts suddenly into stunning yellows and greens. Notable in this species is the pink racing stripe down the centre of the spiny thorax, matching the secret stash of bright pink they keep under their wings. In females, these wings are useless for flying and are instead used to strike fear into potential predators in defensive displays. Males are much smaller, skinnier, and can use those wings for flight. 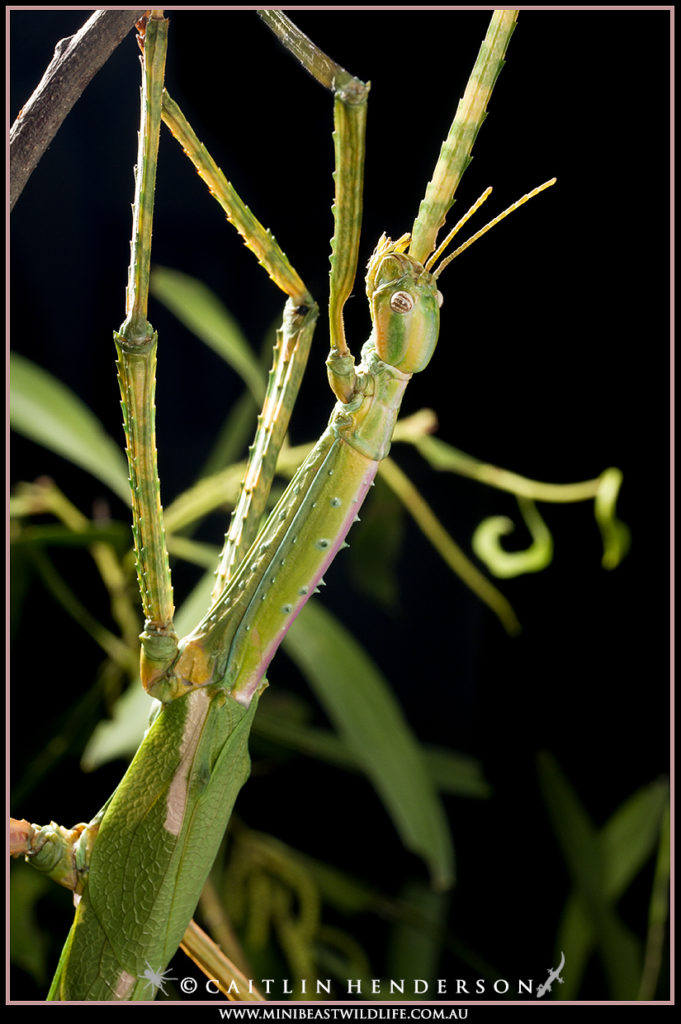 This freshly moulted female joined the Minibeast Wildlife team as a nymph missing several legs. She is now a healthy adult with the full complement of limbs!

Their range extends across northern Australia, from Western Australia through to Queensland, where they are generally found feeding on species of Eucalypt and Acacia. Like many stick insects, their affinity for Acacia is so great that their eggs mimic the seeds of their favourite meal. These eggs are flung carelessly to the ground from the female’s penthouse suite, where they blend in seamlessly with other seeds and leaf litter beneath the tree. At this point, an ant removalist crew arrives. So great is the resemblance of the eggs to seeds that they even come with a removable cap called a capitulum, which ants rip off to feed to their larvae, just as they would with an Acacia seed. Fooled by the mimicry, the ants carry the stick insect eggs into their nest where they are safe from predators. When the young stick insect hatches, it makes its way out of the nest and up the nearest tasty tree. 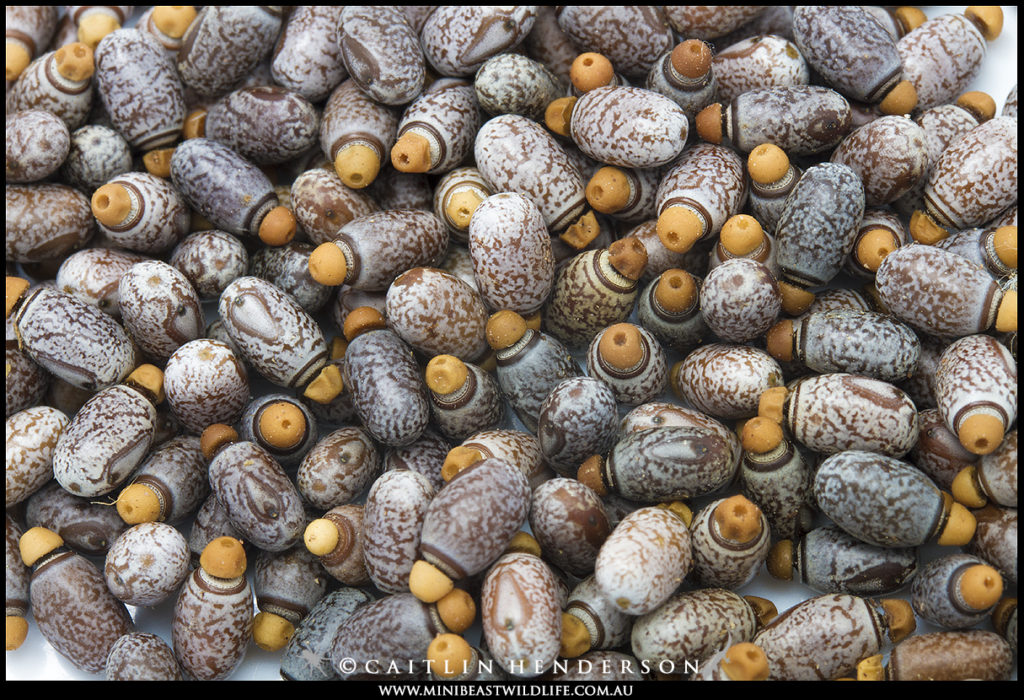 A collection of eggs from the Darwin Stick Insect.

Females lay hundreds of these eggs after maturing. If no flying suitor arrives, it’s no big deal – stick insects are able to reproduce even without mating. Several months after laying, eggs of unmated females will hatch into genetic clones of their mother; a process called parthenogenesis. It might sound strange, but at least they never have to worry about what to wear on a date!