Minibeast Wildlife has recently started a new YouTube channel ‘Spiderchat with Saige’ hosted by our 10 year old budding arachnologist.  Saige has been around spiders her whole life, being part of the Minibeast Wildlife family.  As a two-year-old she spent four months in the jungle in Costa Rica while Minibeast Wildlife worked on a Discovery Channel series. It was very apparent back then that she didn’t mind spiders and even enthusiastically held a massive tarantula that was found in nearby rainforest!

Spiderchat aims to educate and engage people about spiders, which is the underpinning aims of all that Minibeast Wildlife do. We hope that Saiges’s enthusiasm for spiders will appeal to people and encourage them to appreciate our eight-legged friends even more. 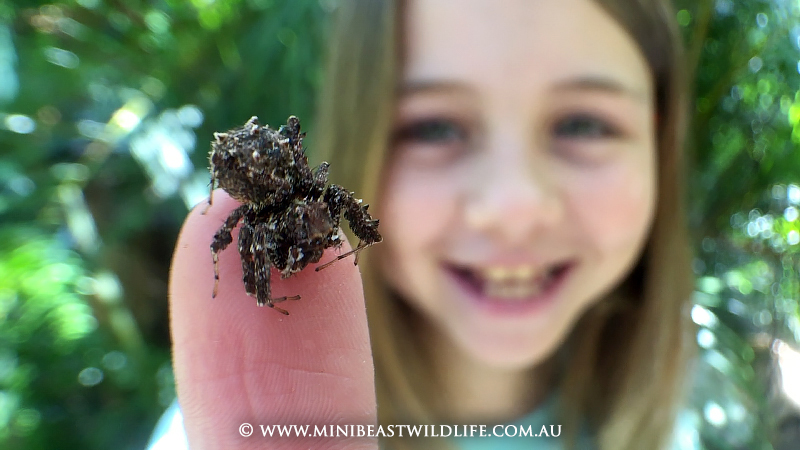 Saige with Portia. Portia fimbriata is a fascinating jumping spider, wildly regarded as being the most intelligent spider in the world. 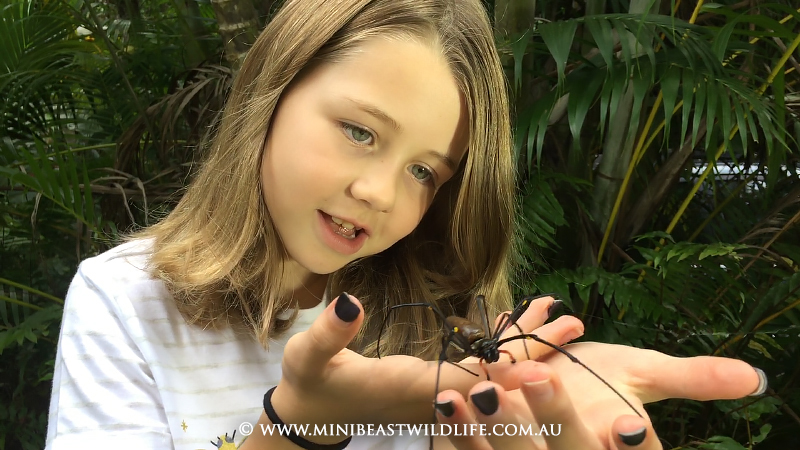 Saige handling a huge Golden Orb-weaver for an episode of Spiderchat. 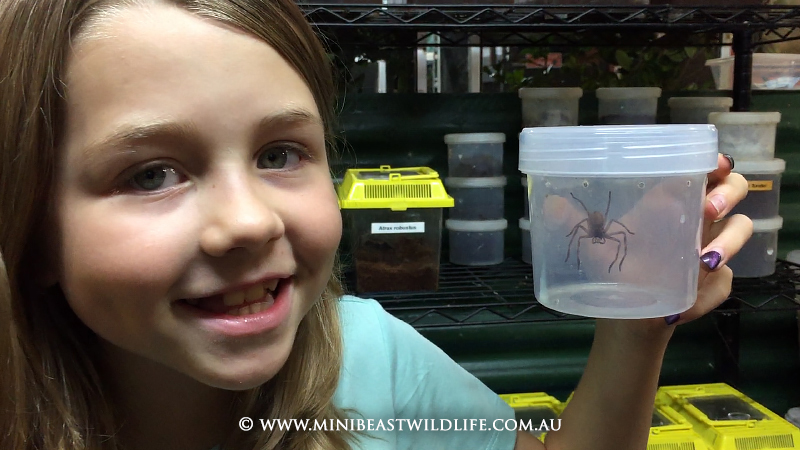 Saige has grown up with spiders all around her. Here she is holding one of the captive bred huntsmen in Minibeast Wildlife’s breeding facility.

Good morning! Straight out of bed and into spider handling Costa Rican style. This huge (harmless) tarantula was one of many species two-year-old Saige met while living in the jungle. 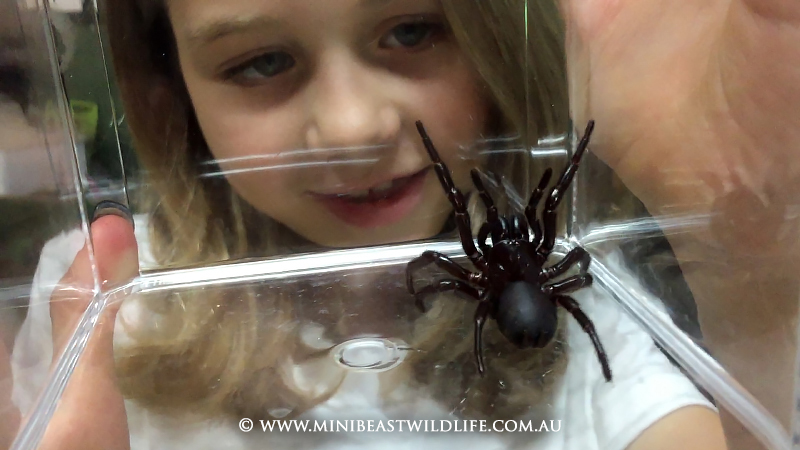 Facing off with Australia’s most venomous spider, the Sydney Funnelweb (Atrax robustus). Despite their fearsome reputation, Saige is safer with this spider than travelling in the family car.