Do White tail spiders cause necrosis? Putting spider bites to the test

You’re reclining on your couch in the late evening, watching something on TV and thinking about heading to bed. Out of the corner of your eye you see a flicker of movement. You look down to find a dark shape lurching across the floor in the shadows. You flick on the lights, and suddenly all thought of sleep evaporates. You’ve got them: the dreaded White-tailed Spiders. They have arrived. 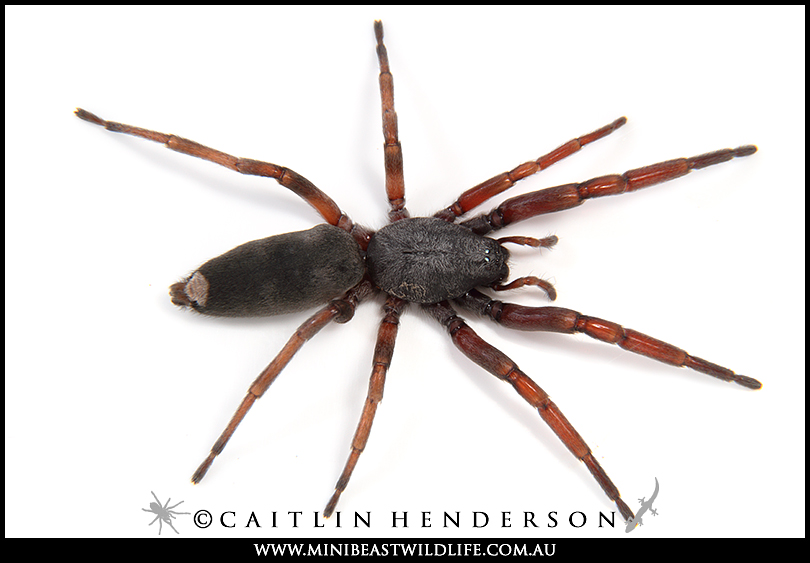 Admittedly the blue glowing eyes are not doing this White-tailed Spider any favours. These reflective lenses help the spider to navigate. (Photo: Spidentify)

For many people, a White-tail in the house might signal a good time to sell up and move countries. But before you leap from the couch and call the SWAT team, let’s take a deeper look at this common household visitor and the real danger its bite poses to us – and put these bite diagnoses to the test.

The secret life of the White-tailed spider

The name “White-tail” can be applied quite generally across a whole family of spiders (Lamponidae), many of which are very similar in appearance. When we’re talking about the White-tail, though, it’s usually in reference to just the two large species that frequent houses in the south and east of Australia – Lampona cylindrata, and Lampona murina. These species look extremely similar, and are known for their flattened black bodies, chunky legs and pattern of white spots – particularly a single white patch at the tip of the abdomen (back). 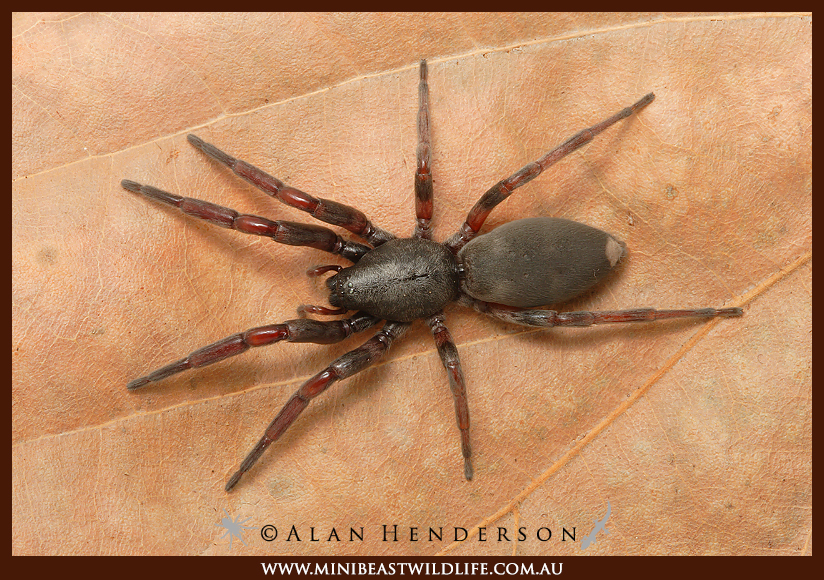 Lampona cylindrata – one of the two common Australian species known under the moniker “White tip” or “White tail”.

White-tails are specialist spider-hunting spiders. They spend the daylight hours hiding away in crevices – particularly under rocks and tree bark – and at night emerge to hunt other spider groups. A favourite meal is the Black House Spider (Badumna insignis) which is extremely common around houses, building cottony funnels into brickwork and window sills. It makes sense in that case that White-tails spend so much time hanging out around our homes – they’re a smorgasbord. Once the sun is rising, though, it’s time to find a nice crevice to safely wait out the day. Oh look – some folded sheets! What a find!

What we know about White-tail bites

In 1987 a man experienced severe skin necrosis following a day in the garden. “Necrotic arachnidism” – necrotic wounds resulting from spider venom – is known to be caused by Recluse spiders (Loxosceles spp.), and it was presumed that native Australian spiders must also be capable of causing it. However, in the published case, there was no spider witnessed to be involved – let alone identified as a White-tail. Despite a dearth of evidence, the story of the White-tail made it into the media, and it quickly became part of our collective wisdom as Australians that White-tails were “poisonous” skin-rotting ogres that had to be eradicated at all costs.

In the time since, the White-tail and other native Australian spiders including the Black House Spider and the Wolf Spider family (Lycosidae) have been touted as the cause of a wide range of serious skin problems, and a great deal of research has been conducted to test these claims. It’s a telling result that in no case put under scrutiny in a two year period – where the spider was witnessed biting the patient, the spider was collected and then identified by an expert – was there a single case of necrosis. In fact, there was no such case for any of the 750 spider bites in Australia put to the same test between 1999 and 2001. However, it has been found that necrotic wounds from purported White-tail bites, once carefully examined, turn out to have some other origin entirely – from diabetes, to staph infections to tinea. As further evidence, the enzyme in Recluse Spider venom linked to necrosis is not found in White-tail spider venom. 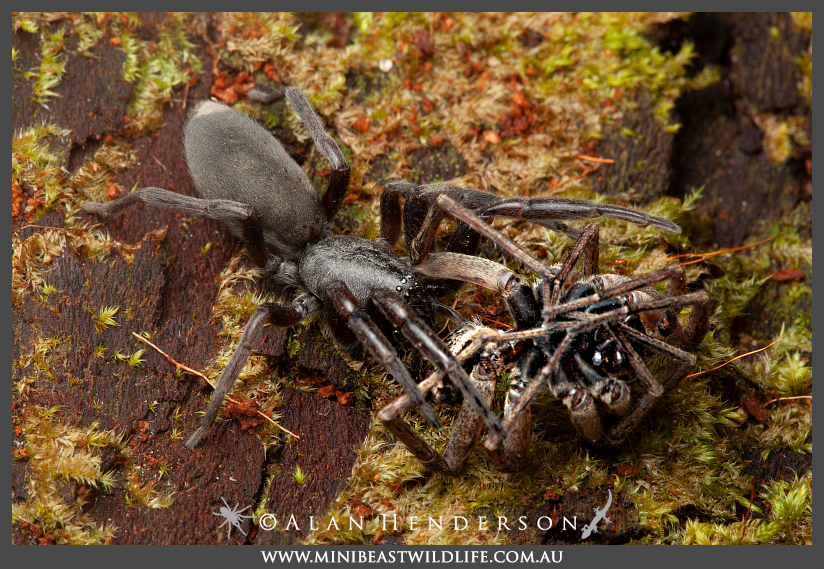 White-tails hunt other spiders – not people. This one has captured an unfortunate Wolf Spider (Lycosidae).

So what does happen when we’re bitten by a White-tail spider? Like almost all spiders, White-tails are venomous. This venom is adapted to work on their prey, and affects us in fairly minor ways. The research tells us to expect pain and an itchy red sore that may last for around two weeks. Bites almost always happen inside, most often when sleeping or changing clothes, and during the warmer months of the year. Infections and allergies did not make an appearance in the collected data, putting to rest the idea that White-tails were carrying abnormally potent cocktails of flesh-eating bacteria on their fangs. Most notably, the peculiar condition called necrotising arachnidism did not raise its head.

Here’s the pointy end of the problem: We’ve all got an aunty/cousin/friend of a friend/uber driver who has lost half a leg to a White-tail bite, which would seemingly fly in the face of all this carefully gathered evidence. So is the White-tail a fiend to fear after all? If we want to get to the truth of these cases, we don’t just need the facts. We need to start asking the right questions. 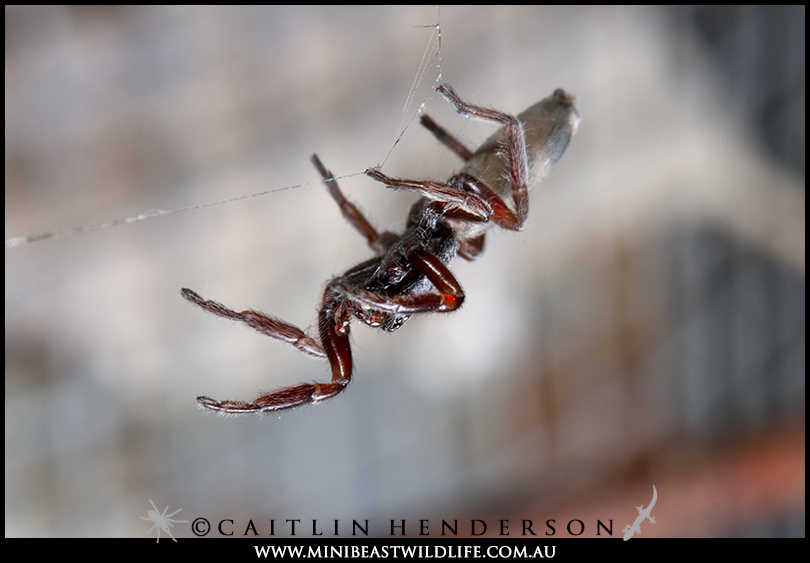 A White-tailed spider hunting an orb-weaving spider in its web.

Q1: Was there ever a spider at all?

The first thing to make absolutely sure about in cases of White-tail bites is that there was actually a spider involved. It might sound like a strange line of enquiry, but in too many cases of medically-diagnosed White-tail bites, there was simply never a spider. Commonly, the patient felt a sudden pain while doing some activity such as gardening or sleeping. An ulcer later developed, and this “pain” is diagnosed retrospectively as a spider bite. In other cases, a spider may have been spotted crawling on the person a week earlier, or found somewhere in the house, but never actually bit the patient. Given how common White-tails (among other spiders) are around the house, it’s not at all unlikely that one might turn up in a search. If no spider was witnessed doing the biting, it’s extremely difficult to prove that there was ever a bite, let alone that the bite came from a spider. 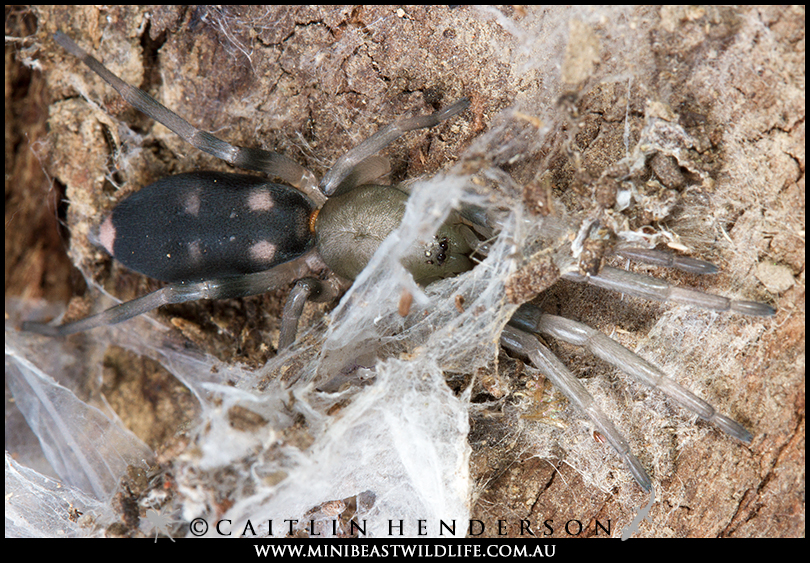 When they’re not patrolling the house after dark, White-tailed Spiders hang out in luxurious silk-lined retreats under tree bark or rocks.

Q2: Was the spider a White-tail?

Since there is currently no evidence tying the White-tail to necrosis, any case where a person was definitively bitten by a spider and developed a necrotic wound at the bite site would need to start from scratch. Such a confirmed case in Australia would more likely be due to the introduced population of Recluse Spiders (Loxosceles rufescens) living in Adelaide (although such an event would be rare).

While it might seem like a relatively simple task to identify a White-tail spider if you saw one, the estimated 10,000 species of spider in Australia does increase the difficulty of the task. In my work, I have witnessed a huge number of spiders incorrectly identified as White-tails, from Orb-weavers and Jumping Spiders, to Trapdoor Spiders, Black House Spiders and many more. Any spider with a white line or spot (or even without one) seems at risk of earning the name “White-tail”, which does cast a shadow on all the supposed certainty around White-tail bites. The track record for Recluse Spider identification is no better. To be absolutely certain, any case of a spider bite with complications would require the spider to be collected and identified by a spider specialist.

There is currently no test for White-tail spider bites (or other spider bites), so any diagnoses made in the absence of a spider are guesses (even by doctors). 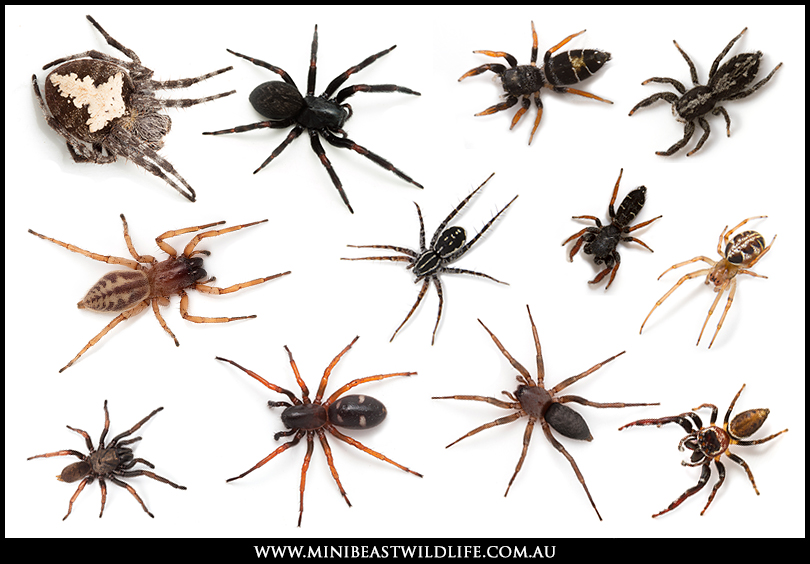 Easy to pick? Here are just some of the spiders I’ve seen misidentified as White-tails over the years.

Q3: What other factors are at play?

It’s clear from rounding up the data from spider bites across Australia that a case of necrotising arachnidism would be an absolute rarity. Unless there is absolutely indisputable evidence that spider venom caused the wound, casting suspicion on a spider – and a specific type of spider at that – is reckless. In the cases where necrotic “White-tail spider bites” were properly followed up, each turned out to have a different and unrelated cause. When treating these potentially serious conditions, blaming White-tails is not only a waste of precious time, it could put the patient in more danger by forgoing proper testing or appropriate treatment. Imagine being diagnosed with a White-tail bite only to later discover you have skin cancer!

It’s imperative for everyone who develops a serious skin condition that the true cause isn’t overlooked in order to keep a scary story alive. Many misdiagnosed bites have a simple treatment once the real condition is identified. Before passing on another White-tail story, make sure you take the time to ask the right questions.

For assistance identifying spiders get the award-winning Spidentify app.