In 2011 we posted an April Fools joke on our blog site Minibeast Wildlife – Rainforest Encounters. The joke was a huge over-sized huntsman with a leg-span greater than any living spider species. The accompanying story was full of hints that it was a joke – including the scientific name we gave it (aperirefollis) meaning April Fool in latin.

For some bizarre reason the image has suddenly surfaced on Facebook with around 130,000 shares to date. The post asks people what they would do in the situation. Our copyright and website details have been taken off the image therefore nobody connected it with the original story. The amusing (and somewhat disturbing) part is many of the 25,000 plus comments. Most of the people who commented want to kill it, many with either firearms or fire! Then there are the Photoshop experts who can tell it’s fake because the (unaltered) shadow is wrong or the spider is clearly not a real one! Some can see that it is a decal or drawing on the wall. A few however, did suggest to take the spider outside as they don’t harm people! At least there’s hope! 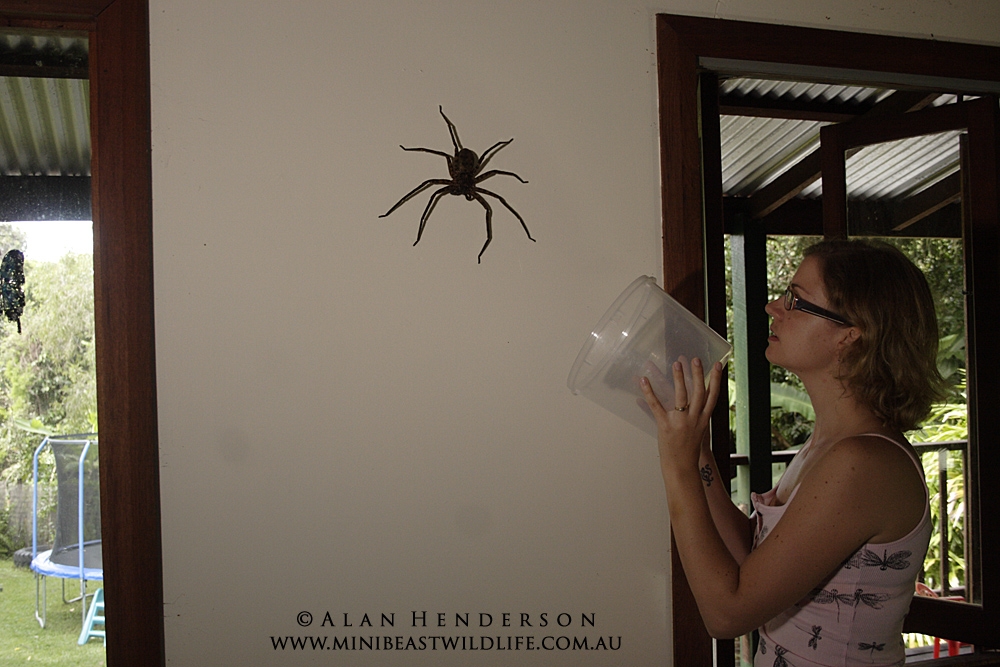 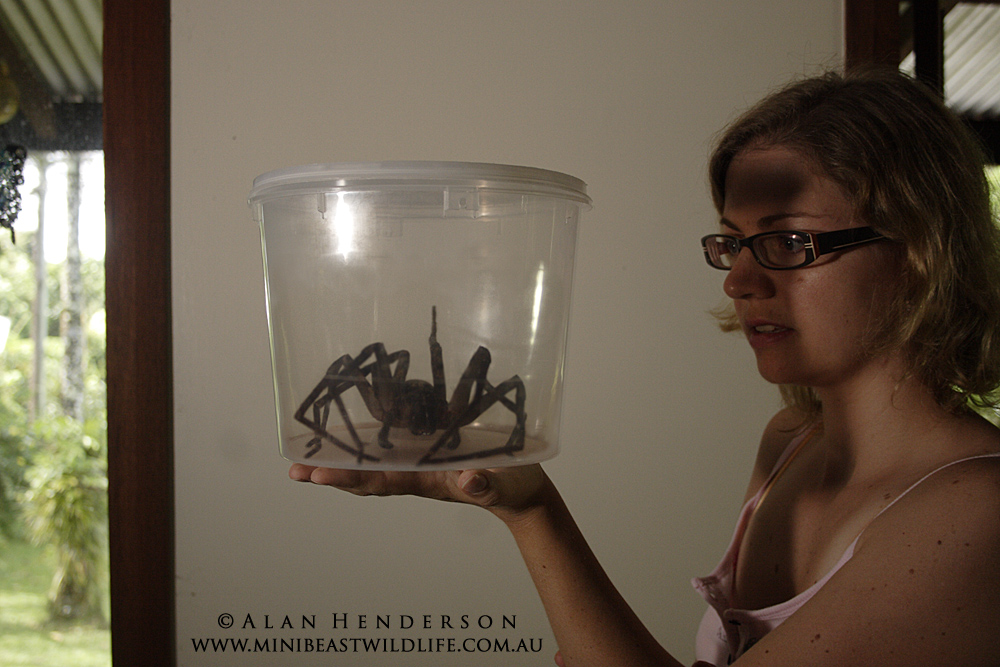 For those who are interested, the spider was a live Heteropoda jugulans and was on the wall just as shown. I simply enlarged its size in Photoshop. The second image on the blog (which isn’t circulating on Facebook) shows the spider in a big bucket in Deanna’s hands. In this case all I did was photograph it in a small plastic tub, then merge that image into the one with Deanna holding the bucket.

We’ve had a few fun April Fools days with our buggy pics – we’ve done a few ‘over-sized’ invertebrates, but I think we’ll do something different next year!