A metallic-silver spider previously unknown in Australia has been found living at multiple sites near Darwin in the Northern Territory by myself and entomologist Graham Brown.

The spider, known as the Grass Cross Spider (Argiope catenulata), belongs to the group of large, colourful St. Andrew’s Cross Spiders that frequent gardens and parklands across Australia. 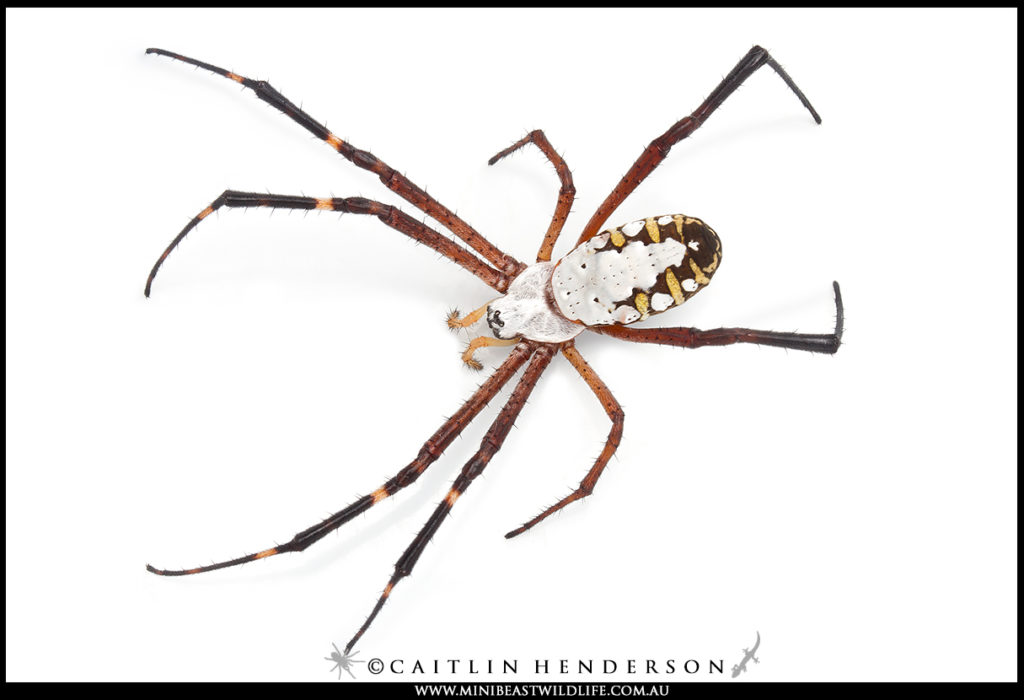 These spiders are known for living in circular orb-webs decorated with a large, zig-zaggy “X” shape known as a stabilimentum, and for sitting with their legs held in pairs – earning them the “cross spider” moniker.

The Grass Cross Spider is a large, stunning spider with a metallic silver trident on the abdomen interspersed with yellow or orange markings. The head is also bright silver, covered in a coating of shiny hairs. 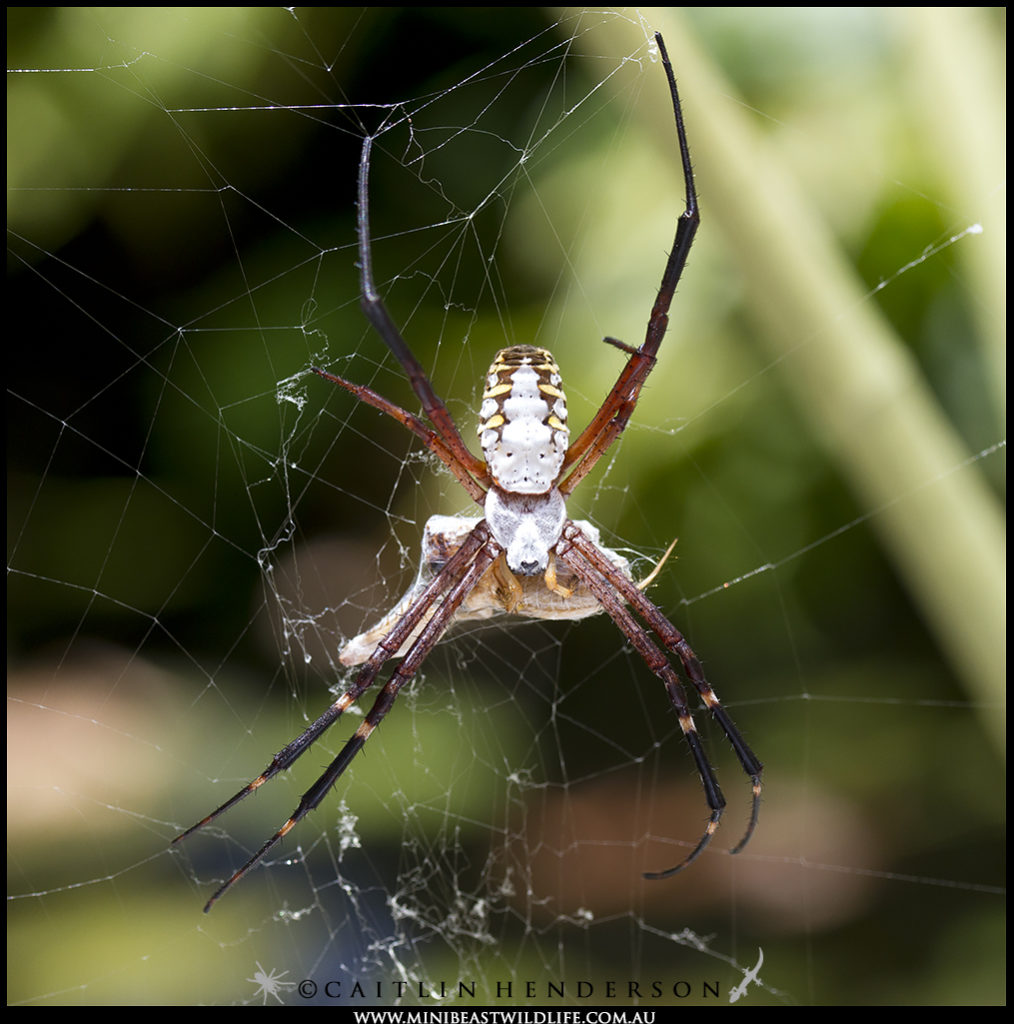 The stunning silver Grass Cross Spider (Argiope catenulata) chowing down on a captured insect which it has entombed in silk before eating.

The Grass Cross Spider was previously known from India to the Philippines, Malaysia, Indonesia and New Guinea, where it thrives in rice paddies. Curiously, the largest population so far discovered lives, in the Northern Territory’s Fogg Dam, which was constructed as part of a failed rice-growing project in the 1950s.

Rather than constructing its web along the edges of the water in the hope of catching insects leaving the water, this spider actually sets up camp in stands of vegetation growing out in the water, far away from the land. It doesn’t seem to mind getting wet, and has retained the St. Andrew’s Cross self-defence strategy of dropping from the web to hide from predators, even though there’s nothing but water underneath!

We found the spider after Parks and Wildlife Ranger Dave McLachlan offered to take us out on the Dam in an airboat during one of our (unfortunately) land-based field trips. There was plenty of invertebrate life to see out in the water-based vegetation, but no sight was quite as unique as me flailing wildly as we zoomed past an important specimen, and Dave subsequently trying to manoeuvre the boat into place while Graham and I leaned over the edges trying to herd spiders into jars and not fall into the water in the process. 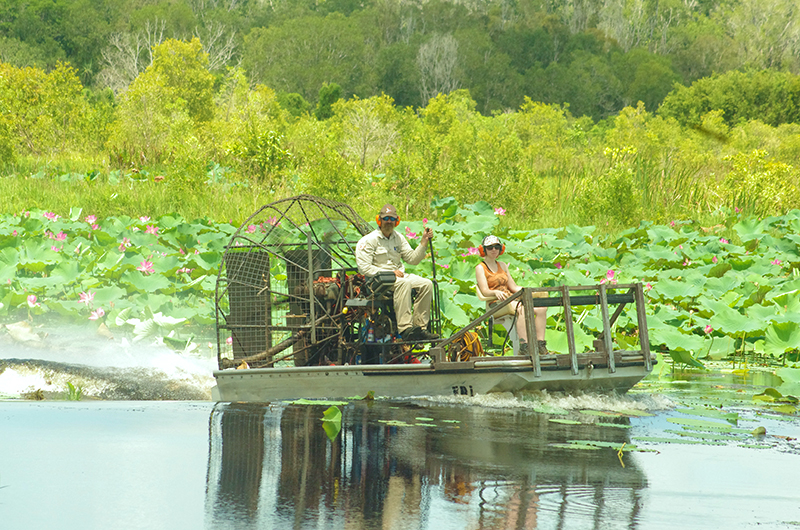 Ranger Dave and me roasting on the water at Fogg Dam during a Grass Cross Spider collection field trip. Photo: Graham Brown

Collecting specimens and publishing on our findings is one of the important ways we can build a better understanding of the biodiversity and ecological importance of understudied areas. When it comes to minibeasts, the Northern Territory is the Wild West (or North) – and uncovering large, spectacularly-coloured spiders is just one indicator of how little we know about invertebrate life in the region.

You can read our publication in the Northern Territory Naturalist here, and always feel free to get in touch with Minibeast Wildlife or your local museum if you think you’ve found an unusual invertebrate – it might just be something new!

Thanks to the Museum and Art Gallery of the Northern Territory for their facilities and support.