We’ve all at one time or another experienced the unique joy of being trapped in a confined space with someone wearing too much perfume. Even a pleasant scent, if applied too liberally, can send you clawing for the door handle and spluttering for air. Now consider this perfume – perhaps unpleasant to you from the beginning – was actually sprayed into your face at high speed, reeking of peppermint. Congratulations, you’ve just had an encounter with the Peppermint Stick Insect! 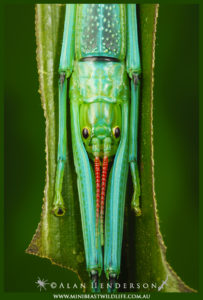 The stunning Peppermint Stick Insect (Megacrania batesii) hiding in the natural hammock along the midrib of a Screwpine (Pandanus sp.) leaf.

As far as stick insects go, the Peppermint Stick Insect (Megacrania batesii) from Australia’s Wet Tropics is one of the more flamboyant species. While they spend much of their time determinedly camouflaged against their food plant (which they both live in and eat), their teal colouration and bright red antennae are a far cry from many of their drab brown and twiglike cousins. Their most fascinating feature of all is their black belt in chemical self-defense – which puts them leagues ahead of most other phasmids. 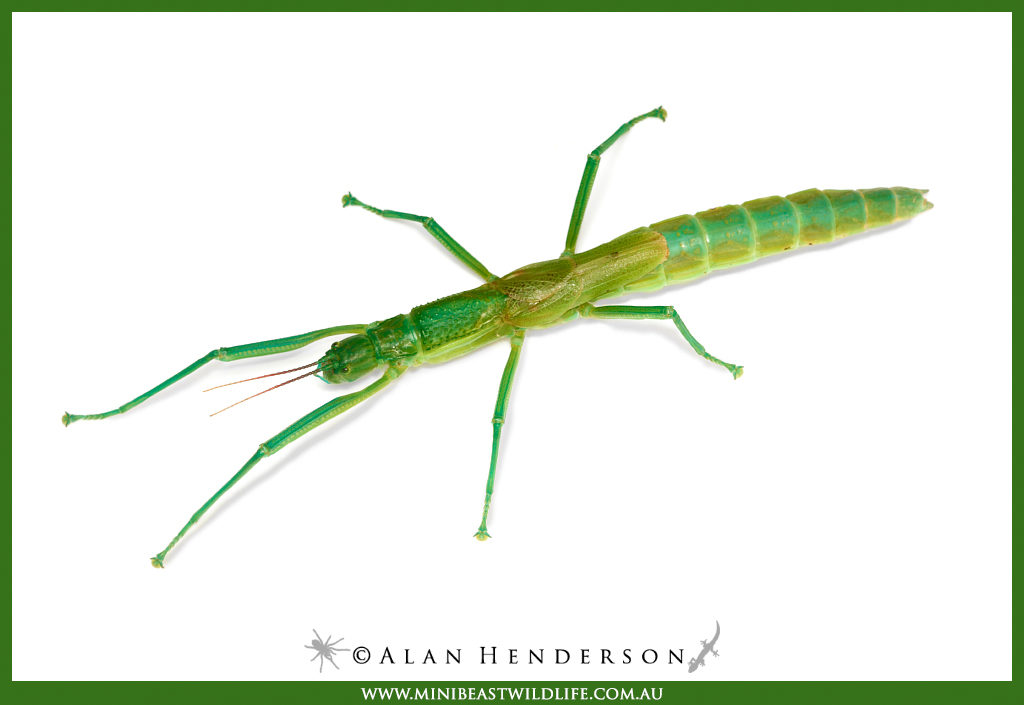 You can’t see it in this image, but the Peppermint Stick Insect holds a black belt in chemical self-defense.

When the Peppermint Stick Insect feels threatened, it sprays a white fluid from its prothoracic glands (just behind the head). This defensive supersoaker smells – unsurprisingly – of peppermint, and a faceful is enough to send approaching predators running. Despite the enjoyable minty aroma, getting a blast of this irritating liquid in your eyes is not advisable. 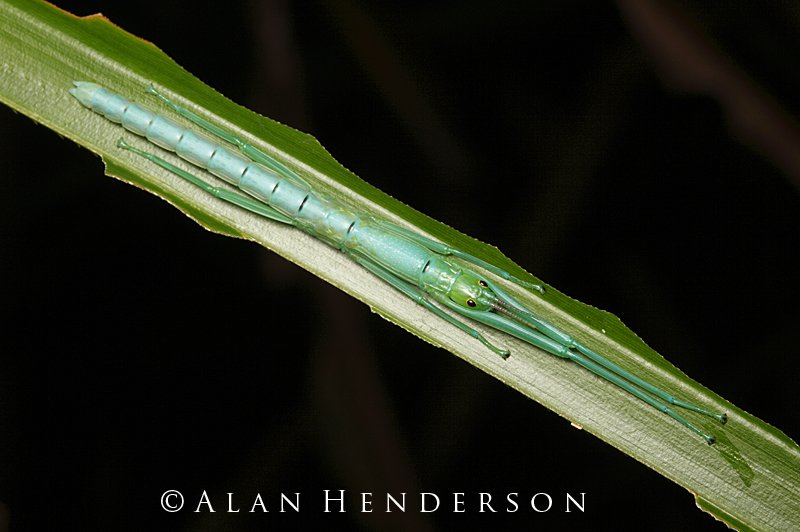 The Peppermint Stick Insect enjoying a relaxing, predator-free moment on the Screwpine leaf it calls home.

When not busy fending off attacks from a variety of rainforest predators, the Peppermint Stick Insect feeds voraciously on Screwpine – specifically Pandanus tectorius in the wild. They make excellent use of the structure of this interesting plant, where they can flatten themselves in the natural furrows created by the shape of the long leaves. These leaves, sloping down to the centre of the plant, can also become slippery-dips for themselves and their eggs.

Another defense strategy for these amazing insects is their use of the sloping, slide-shaped Pandanus leaves to make a quick getaway into the dense, spiky protection of the crown of the plant. Their seed-like eggs also roll along these leaves, either becoming lodged at the base or toppling onto the ground to incubate. 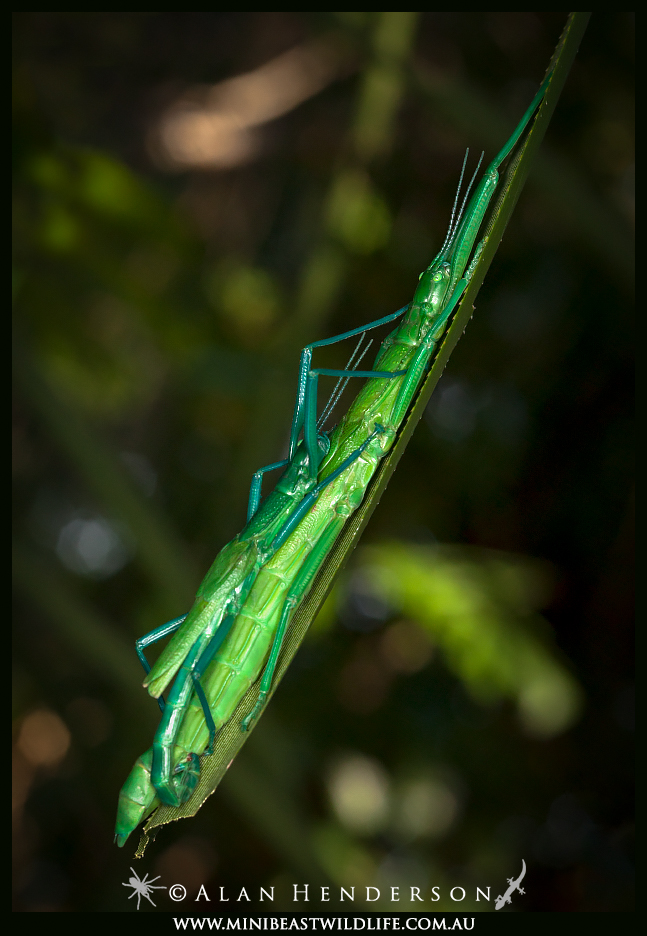 Like other Stick Insects, Peppermint Stick Insects are parthenogenetic. Females are able to produce fertile eggs without mating, which results in all-female populations. If given the opportunity, however, scenes like the above will unfold, where a male can become very attached to a female! Males are much smaller than females with longer wings, but these aren’t particularly useful for flying. Beyond Queensland, the Peppermint Stick Insect also lives in New Guinea, the Solomon Islands, and other Pacific Islands.