Are you sharing your house with these common Jumping spiders?

If you live in Australia, there’s one universal truth: you’ve got spiders in or around your house.

The good news is that very few spiders are dangerous to humans, and having spiders around is a totally normal part of the great balancing act of the natural world. Many people enjoy having spiders around because they are natural predators of insects (and sometimes even other spiders). Some spiders (such as the Redback) make permanent homes among humans, while others are just visitors looking for the next tasty snack.
This week in Spidentify we’ve added two more of these common visitors to Australian homes – the Shaggy Jumping Spider (Hypoblemum griseum) and Adanson’s Jumping Spider (Hasarius adansoni). 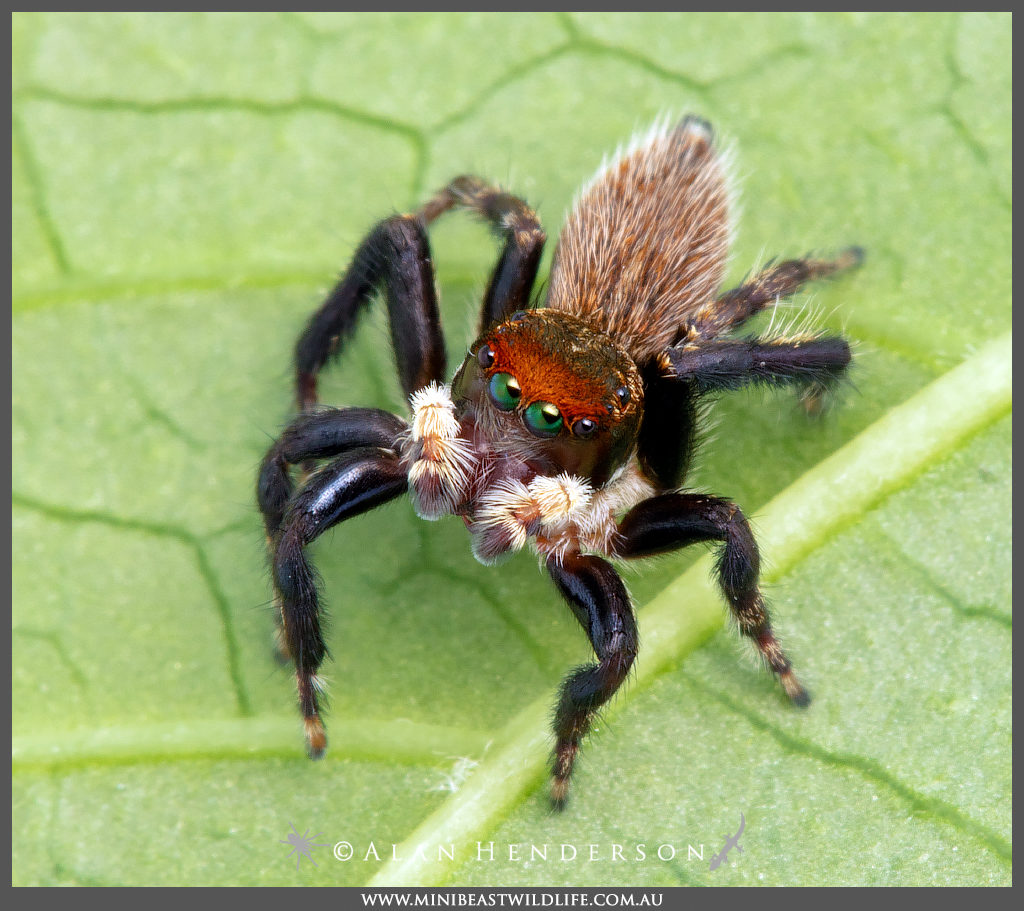 Have you seen this man? The Shaggy Jumping Spider is a large Jumping spider that frequents gardens and sometimes makes his way into the house.

The Shaggy Jumping Spider underwent a makeover earlier this year (it was previously known as Hypoblemum villosum). This garden inhabitant is active during the day, often getting lost and squeezing through windows or gaps in the door and turning up inside the house. Residents of North Queensland to Tasmania, and across the south coast into Western Australia can expect to spot this active and curious spider pouncing about in search of flies and sunshine in the warmer months. A cousin of Australia’s beloved Peacock spiders, you may even be lucky enough to witness their courtship ritual, where the male lifts his shaggy abdomen up and dances from side to side to impress his future mate. 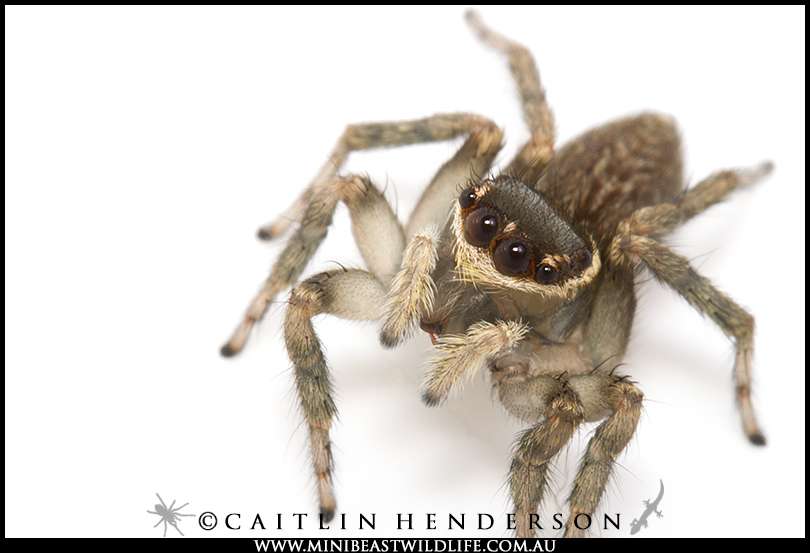 Will the female Shaggy Jumping spider be impressed by her suitor’s moves? Hopefully he doesn’t find her expression as hard to read as we do.

The female of this species is quite different to the male – so much so that you might think they were different kinds of Jumping spider altogether. Despite their differences, they do both have a pale crescent of hair behind the head, usually broken in the centre. This cresent is very similar to another common visitor to the house – Adanson’s Jumping Spider. 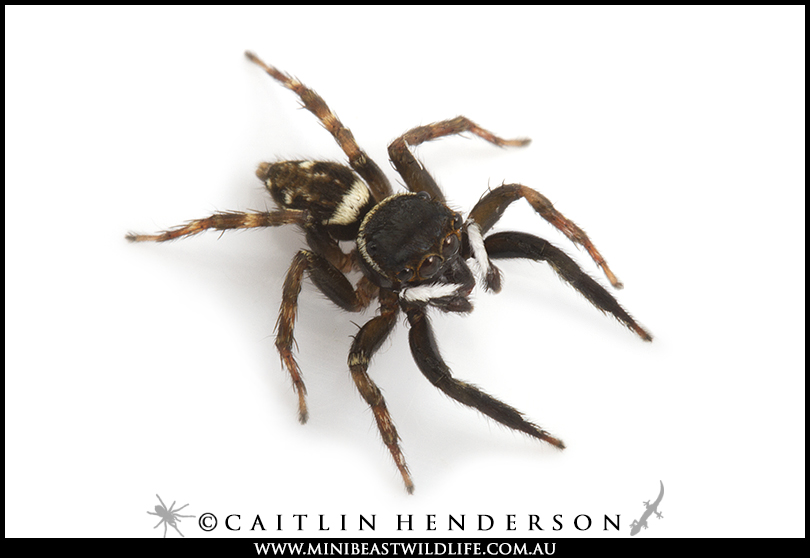 The male Adanson’s Jumping Spider has a white crescent of hair behind the head, but his most prominent feature is his fuzzy white palps. He waves these around in circles as he goes about his Jumping spider business, looking a bit like a tiny air traffic controller. Unlike the Shaggy Jumping spider, Adanson’s Jumper is more common in the warmer areas to the north, where it also commonly inhabits gardens and sneaks through open doors. It’s not restricted to Australia, but present in many regions around the world where it successfully cohabitates with humans.

Females Adanson’s Jumpers are also very different to the male, generally brown to orange and with a duller pattern. To learn more about these spiders and other common Australian locals, download Spidentify from the App Store or Google Play. For a full list of changes in our new release, check out the Spidentify blog.