Are you looking at me? How insects see the world

Have you ever felt like you were being watched?

Insects’ lives break down to some pretty simple rules: eat food, avoid predators, and pass on your genes. They have some useful equipment to help them navigate their world to achieve these lofty goals, among the most obvious of which are their often large and obvious eyes. But there is certainly more to these insect goggles than our own eyes can detect from a distance! 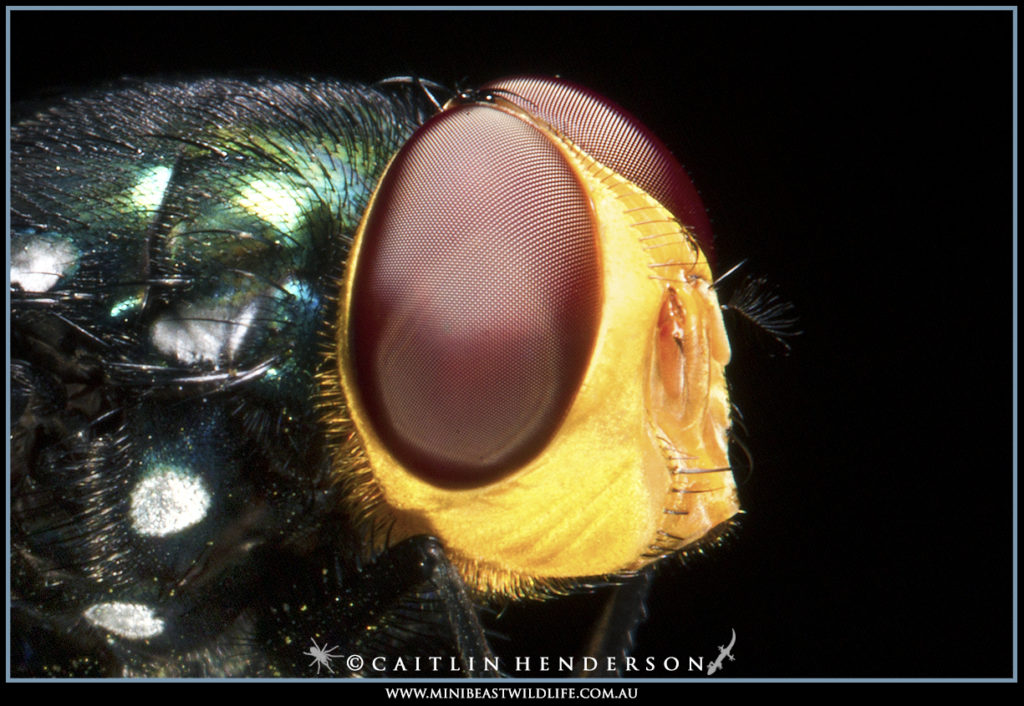 Most adult insects have a pair of compound eyes, which are particularly large and easy to spot in things like flies, dragonflies and praying mantids. These eye structures are not one single thing – they’re made up of potentially thousands of individual parts called ommatidia. Each of these parts forms its own image, which is then stitched by the insect’s brain into one complete picture. Because the ommatidia point in all kinds of directions, the insect is able to see forwards, backwards, up and down at the same time. The picture is pretty grainy, but it beats having to move your head (especially if you can’t). Pigments inside the ommatidia control how light can enter and leave, and help with low light vision. 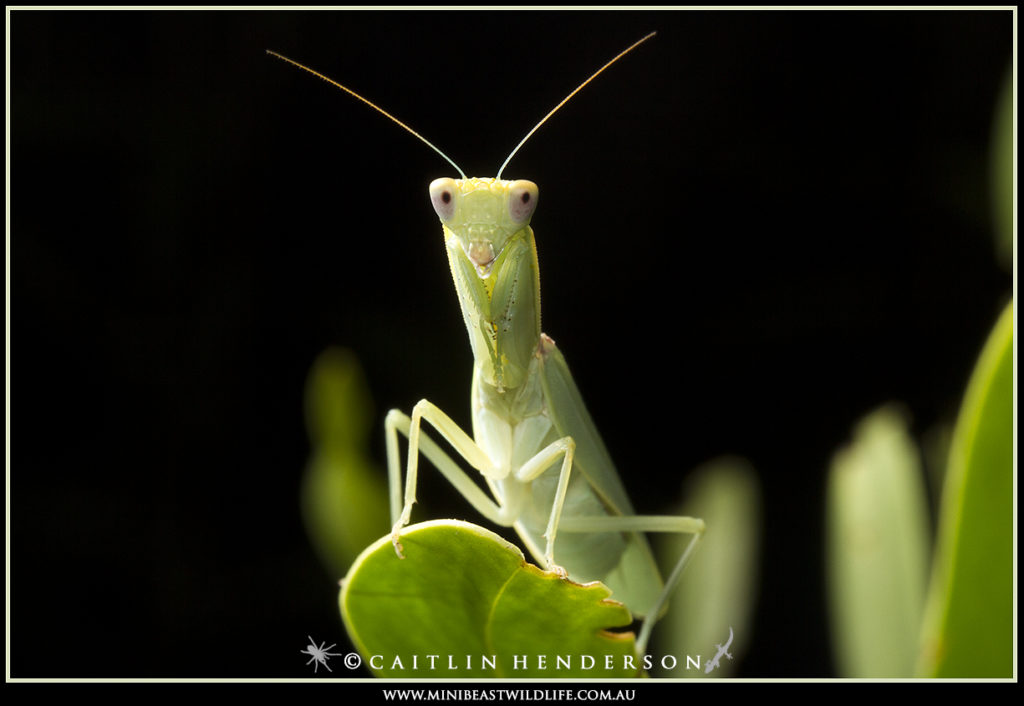 Praying mantids appear to be watching us wherever we go. (Garden Mantis, Orthodera sp.)

Praying mantids are particularly engaging insects to watch. They have mobile heads which give them an air of intelligence and curiosity, and a black spot on their compound eyes that looks like a pupil. Strangely, these spots appear to follow us wherever we go, but since these eyes are already looking everywhere at once – what’s going on?

These spots are called pseudopupils, but they aren’t really pupils at all. What’s really going on is a bizarre trick of the light. The colour we see – so, for instance, the colour of the mantid’s eye – is really light reflecting into our own eyes. Pseudopupils form when all the light that would reflect directly back at us from the mantid’s eye is instead totally absorbed, so instead of seeing colour, we see black. No matter which angle we look from, the same thing happens, so the mantis appears to be constantly watching us. No matter how fast we moved, it would be impossible to trick the mantis into “looking” the wrong way. 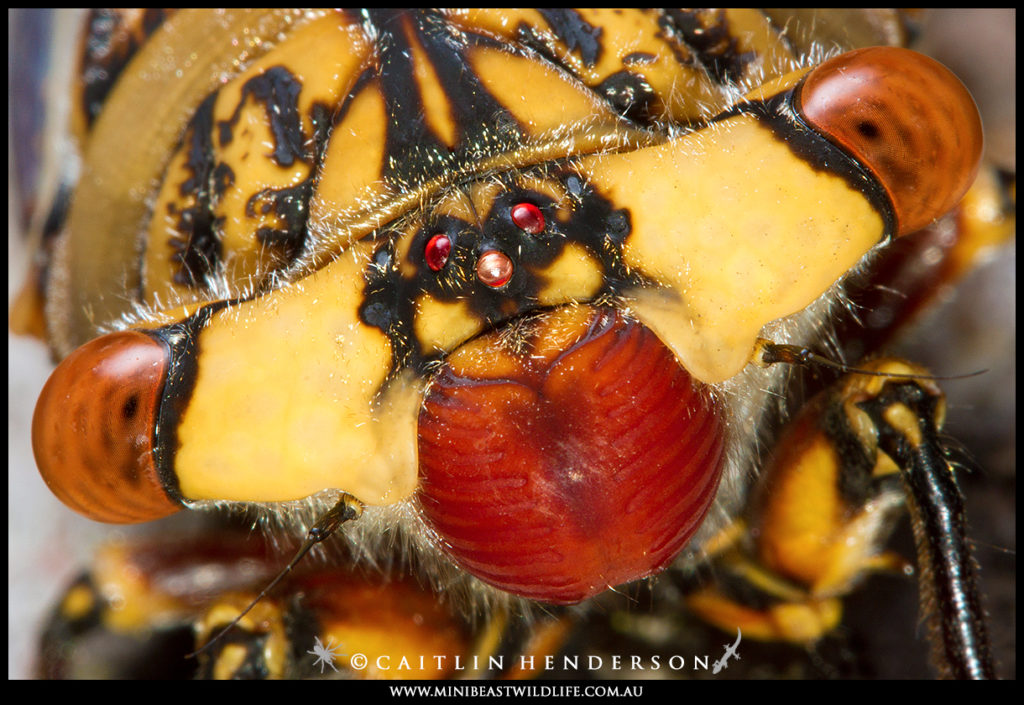 That’s not a group of jewels in the centre of the head of this Cherrynose Cicada (Macrotristia sp.). Surprise, more eyes!

The compound eyes might be the big, obvious ones, but insects also have another set of eyes. These ocelli, seen above arranged into a triangle shape in the centre of the head, are often called “simple eyes” because they are made up of basic photoreceptors which can’t form an image from what they detect. Despite this simplicity,  they can have some surprisingly complex functions. They can sense movement and measure light levels, but are also variously used in flight stabilisation and horizon detection, and in analysing polarised light for navigation. A novel solution for when you can’t access Google Maps!