Here are our experienced staff 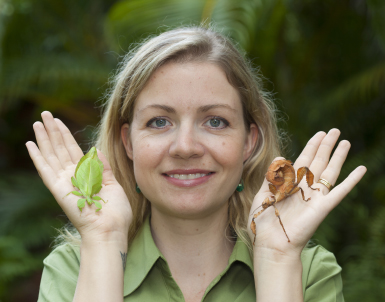 Deanna has been working with wildlife for over 20 years. She studied zoology at Melbourne University and developed a fascination for small wildlife, namely invertebrates.

She was a founding member of the Live Exhibits Unit at Melbourne Museum. During 11 years at the Museum, she was an integral part of the development of the hugely successful exhibition, Bugs Alive!

She has presented papers at conferences both nationally and internationally, and also co-authored the award winning book ‘Bugs Alive – a Guide to Keeping Australian Invertebrates’, and more recently ‘There’s a Zoo in my Backyard’.

Together with her husband Alan, she founded Minibeast Wildlife in 2005. 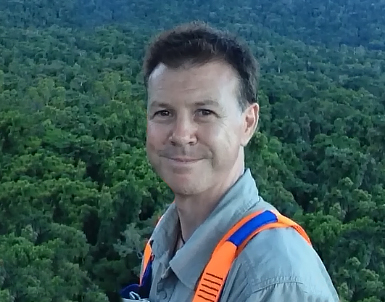 Alan has held a fascination for invertebrates his whole life. His other passion is macro photography and his images have been published in books throughout the world. He has authored the book ‘Minibeasts – True Rulers of our World and the Key to our Survival‘ and co-authored ‘Bugs Alive – a Guide to Keeping Australian Invertebrates’

Alan completed a BAppSc, Scientific Photography at RMIT University before beginning his zoo keeping career in Ballarat. He created the Australian Nature Education Centre in 1995 and received the Young Australian of the Year Regional Development Award for the Centre.

He was lured to Melbourne Museum and began the Live Exhibits Unit, which ultimately led to the development of the extremely popular ‘Bugs Alive!’ exhibition. He coordinated the Unit for 11 years before leaving to operate Minibeast Wildlife full-time. His expertise in working with live invertebrates have taken him around the world, including the jungles of Costa Rica. 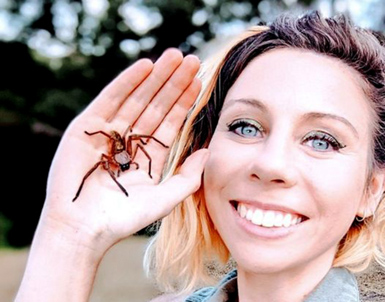 Caitlin has been surrounded by minibeasts her whole life.

She has vast experience managing captive invertebrates and finding them in the field. She is an accomplished writer and photographer and has authored numerous nature articles, scientific papers and was the lead writer of the award-winning Spidentify app.

Caitlin also worked at Melbourne Museum in the highly respected Live Exhibits Unit, and her spider knowledge and keeping prowess earned her the contracts to manage the live spiders in the Darwin and Brisbane Museum legs of the national touring exhibition ‘Spiders Alive and Deadly’. Caitlin produces online educational content for Minibeast Wildlife. 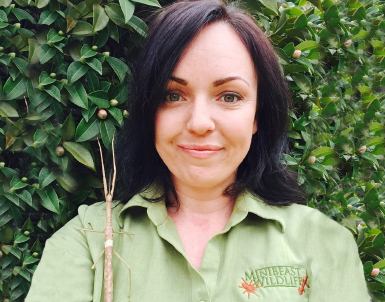 Jaimi joined the Minibeast Wildlife team in 2015 and is a passionate member of our Victorian Educational Presenter team. She has a very keen interest in the invertebrate field, and keeps and breeds many species of invertebrates at home. Jaimi has worked in various areas of animal husbandry and at Werribee Open Range Zoo as a CSO.

Jaimi is also a mum, and has excellent communication skills when it comes to connecting with young children. Conveying passion and connecting children with nature is exactly what underpins our mission at Minibeast Wildlife. 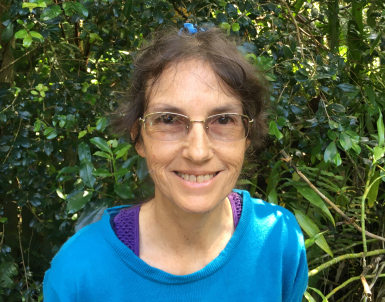 Judy resides in the invertebrate paradise of far north Queensland and has been part of our QLD team since 2013. Judy assists with Minibeast Wildlife’s weekly dispatch of live invertebrates, which are sent all over Australia. If you have received invertebrates from us in the last few years, chances are that Judy has packed them. Judy also assists in the animal husbandry duties from time, keeping the wide range of invertebrates fed.

Talia joined Minibeast Wildlife in 2019 and is part of the Melbourne team. She has loved invertebrates for as long as she can remember and has kept and bred all manner of creatures since she was 11. She has an endearing relationship with stick insects; resulting in her having bred multiple species over 9 years. Talia also has a passion for people and delights in inspiring all ages with sharing how incredible these creatures are. Throughout school she wanted to combine her passion for people with her passion for wildlife and invertebrates through education, so working for Minibeast Wildlife has been the perfect job!!